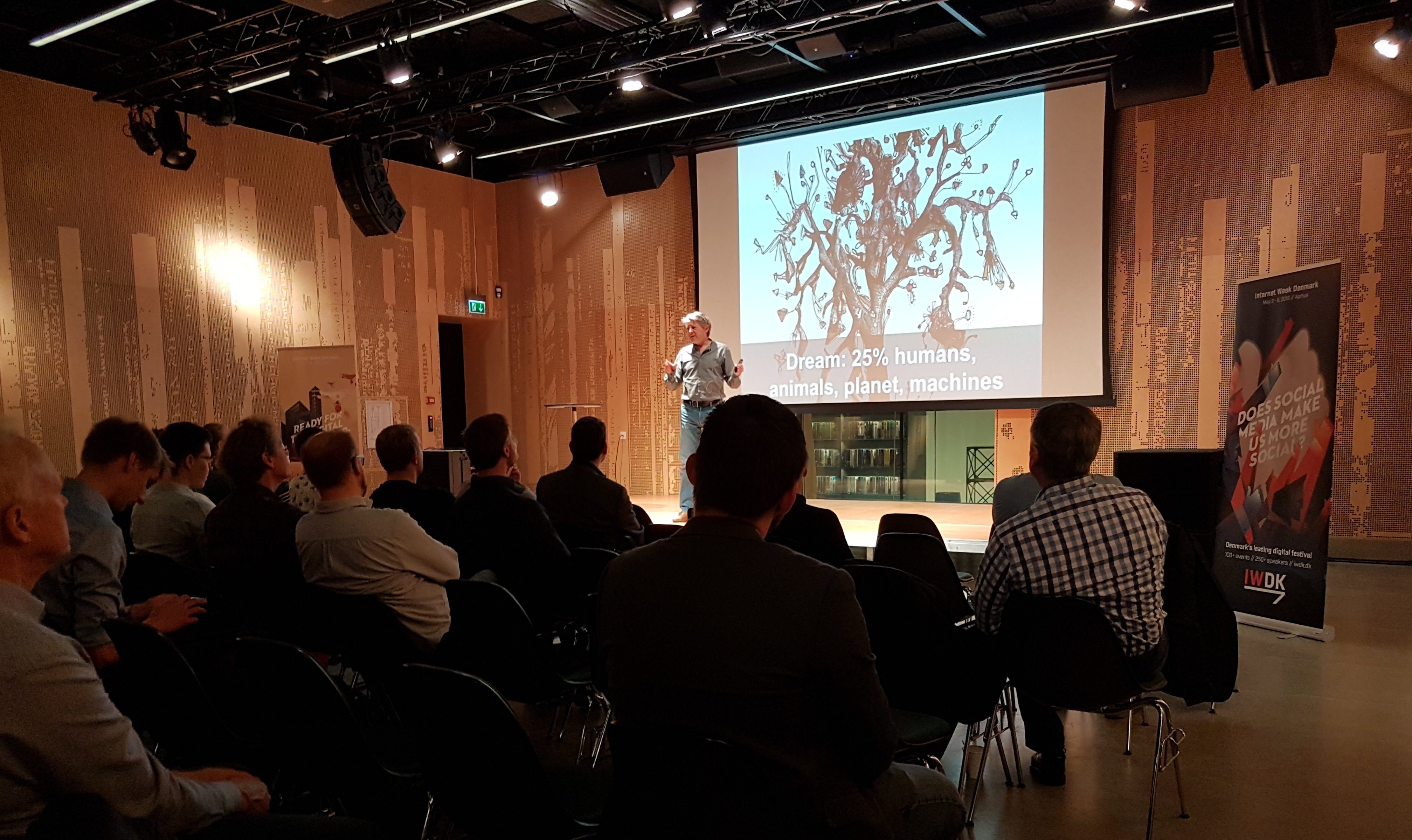 The Future of Internet of Things

Despite a cancelled flight and therefore a train ride through half of Denmark in the middle of the night, the Dutch Iot (Internet of Things) expert, Rob van Kranenburg, held a keynote Thursday morning.

The keynote kickstarted it-forums theme day that spotlights IoT trends in various sectors such as smart cities, oil and gas, space, and finance.

Van Kranenburg is one of the world’s most influential IoT experts, author of Internet of Things (2007), founder of IoT Council, a thinktank for IoT, and much more.

The future of IoT for consumers

So… What is IoT? According to van Kranenburg, it is not something new, even though many people think so: It’s been happening for a long time, spilling over to the real world. The ‘internet’ in IoT is the backbone of smart connectivity, where ‘things’ are objects that surround us daily. With IoT, you can turn on the coffee machine in the kitchen while lying in your bed, turn on your car in the drive way and turn on the lights – all via the phone.

But the possibilities with IoT are endless. In the future, we will be surrounded by even more IoT than now – microprocessors are getting increasingly smaller and integrated in our everyday things.

In the next 3-4 years, van Kranenburg predicts, that fixed prices are history. We have probably all seen or heard of different prices online on e.g. flights – prices that are determined by your browser’s cookies. Soon we will also experience dynamic prices offline in physical stores. There will not be any price tags on goods, instead there will be QR codes that we can scan with our mobile devices. Based on the data on the devices provided by our individual data (like age, nationality, browsing history etc.), we will be megt with individual prices.

Who should own the data?

Data is and will be one of the most valuable ressources. One of van Kranenburg’s slides wrote: “If data us the new oil, you have to own the data from your people, processes and machines.”

Companies shouldn’t own citizens’ data – governments and the individual citizens should, van Kranenburg advocates. But how? Engineers should take charge and make this happen, because they understand what is happening – politicians doesn’t understand IoT and the importance of the matter, according to van Kranenburg. Because it’s not just about gadgets and apps – its about our future – do we own our data or does Google?

Think, IoT is interesting? Then mark your calendar, because next year, the international festival IoT Week will be held in Aarhus 17-21 June 2019.